I don’t like to crop my negatives; in fact I almost always make my photographs by composing them to the very edge of the focusing screen and printing the whole negative. However there are times when a photograph needs to be a different size than 4 x 5. I’ve found that some subjects need to be in ‘panoramic’ format.

To achieve this without cropping the negative, I’ve made an adaptor that makes two 2 x 5 negatives on the one sheet of film. This is simply made out of a spare 4 x 5 dark slide that has a section cut out of it.

The dark slide measures 107 mm x 166 mm (not including the notched grip end). A piece is cut out leaving an ‘L’ shape. The piece removed is 53 mm x 130 mm, leaving a 34.5 mm end at the notched grip end. It’s very important that this is measured carefully as light will leak in the end if the measurement is incorrect.

The plastic dark slides are easy to cut with a fine saw, and are then lightly sanded. Older aluminium dark slides require a bit more care while cutting.

I mark an ‘X’ for exposed – in pencil – on the film holder corresponding to the half of the film I’ve just exposed to avoid a double exposure.

You should end up with two 2 x 5 negatives on the one piece of film. Of course you can make vertical photographs too (photograph below). 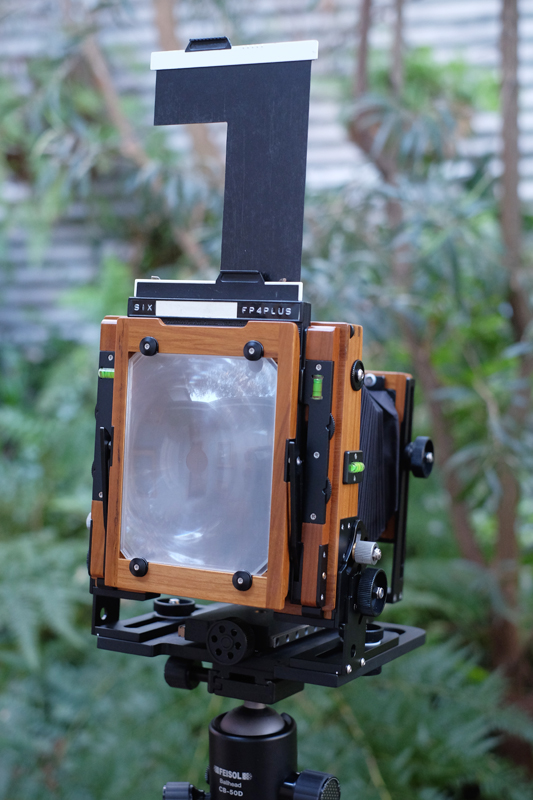 The same process can be adopted to make two ‘panoramic’ exposures on the one sheet of film for any size large format film holders. 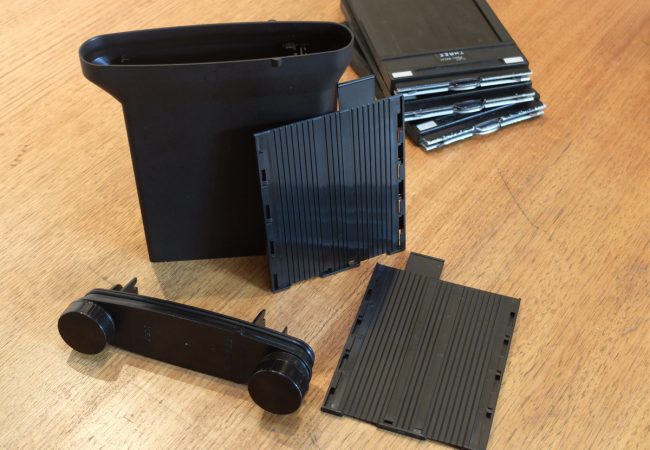 Review: Intrepid 8×10 MK 2 by Anjella Roessler
Intrepid cameras are interesting beasts. According to the company, they…
There are 8 comments for this article